How to View Digitalization as an Opportunity, Not as a Threat 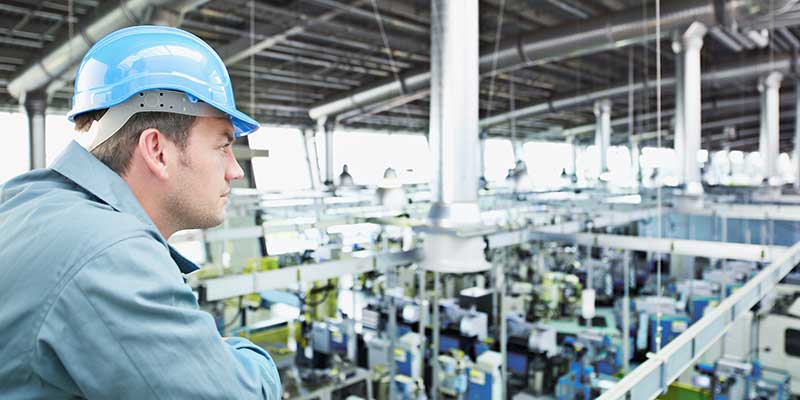 It’s understandable that digitalization causes fear and uncertainty. Even if you understand that it could have a positive impact on your organization, it’s hard to know where to start! There’s always a fear that your competitors will adapt to new technologies more quickly and efficiently than you, leaving your organization in the dust.

The Pros of Digitalization

A digitalized Smart Factory is more efficient on all fronts.

Put products in the hands of customers quicker with better, leaner, and smarter manufacturing processes.

Gain insights from large amounts of data thanks to machine learning algorithms and the Internet of Things.

Integrate and improve your entire supply chain, from end to end.

Stay on the forefront of technology and gain an edge over your competitors.

As we reach the limits of traditional manufacturing models, we need to do whatever we can to ensure future economic growth. We believe digitalization is the answer.

With digitalization, new possibilities emerge. Digitalization makes it possible to manufacture a batch size one at the same cost as a batch of many.

Instead of just manufacturing the same products in a better way, digitalization offers the opportunity to manufacture better products—ones that are more functional and smarter 9in addition to costing less to produce!)

The Cons of Digitalization

Though the advantages look excellent on paper, what if digitalization isn’t all it was cracked up to be? Though this list is significantly shorter, we feel the need to address a few downsides of digitalization as well:

You might worry about the upfront cost of implementing systems and strategies. It’s true—digitalization can be a hefty investment. Thankfully, it’s usually possible to digitalize step by step, doing a few areas at a time rather than overhauling everything at once. This is helpful when cost is a concern. Plus, once you make the investment, it will pay for itself with the benefits digitalization provides.

Technology is being developed at a breakneck speed. You get a brand-new smartphone, and its technology is outdated within months. You buy a new car and the next thing you know, they’ve released a model that is far safer or smarter than the one you just purchased. It’s natural to be concerned about the same thing happening when digitalizing your factory. However, most of today’s new technologies are adaptable. They can move forward as technology improves, rather than having to be entirely replaced every few years.

7 Steps to Get Ready for Industry 4.0 / Digitalization (Without Robots) 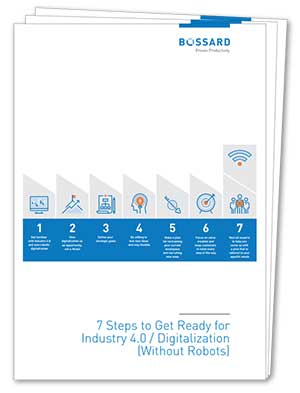 Get your free E-Book!
back